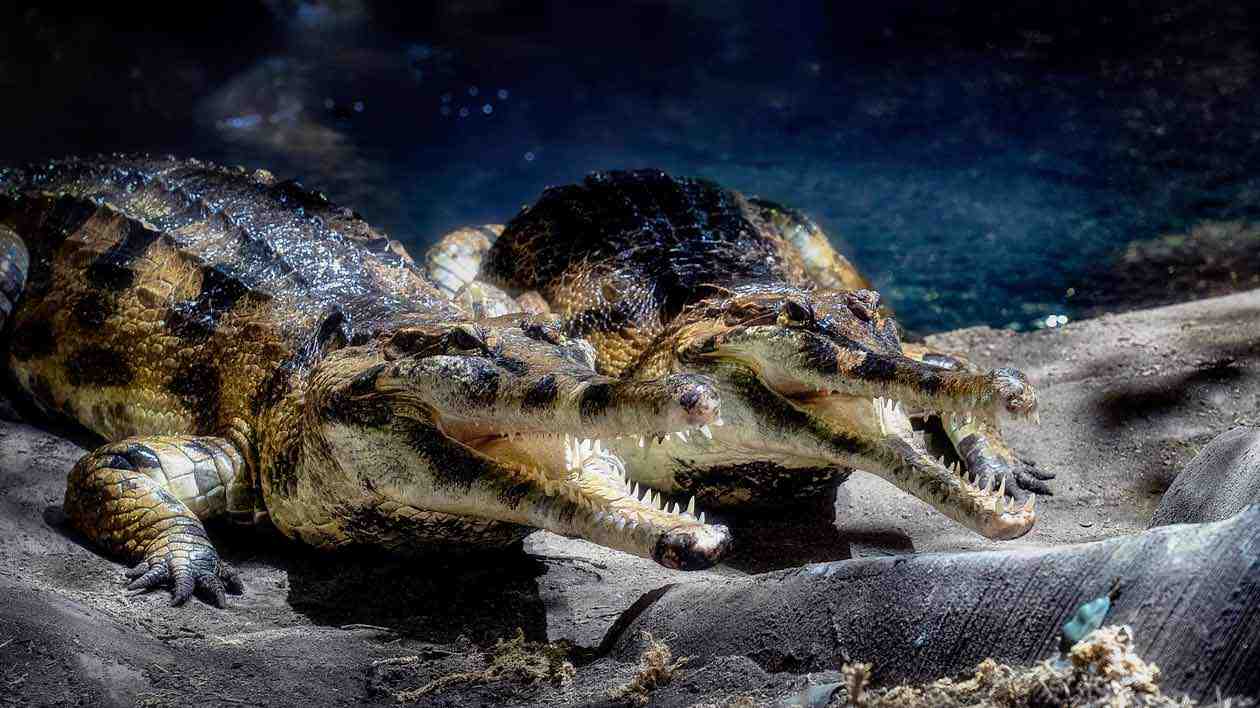 The Tomistoma, also known as a false gharial because of its slender snout resembling that of the Indian gharial (Gavialis gangeticus), is an unusual crocodilian species. Compared to similar species, there is not much information known, and scientists, including individuals at the Virginia Aquarium, are striving to learn more about this unique and threatened species.

fish, insects, crustaceans, and small mammals found along the riverside

Peninsular Malaysia, Borneo, and the Indonesian islands of Sumatra, and Java

Tomistoma are a large crocodilian also known as false gharials because of their long, narrow snout filled with sharp teeth, which is similar to that of gharials (Gavialis gangeticus). They have long, streamlined bodies and a very muscular tail. Their eyes and nostrils are located on top of their head allowing them to stay almost completely submerged. Tomistoma are known to grow as long as 13 to 16 feet in length, maybe even longer! Males tend to be longer and heavier than females. Both adults and juveniles have dark brown coloration, with black bands on the tail and body. The belly is cream or white.

Very little is known about how widely spread the species is and almost nothing about its territorial behaviors. Most observations that have been recorded are of Tomistoma in human care.

Territorial Behavior
Observed in human care, males and females appear able to be housed in an enclosure without obvious aggression. Tomistoma tend to be solitary and can be active at any time of the day or night.

Reproductive Behavior
Tomistoma nests are rarely found in their natural environment, so there is extremely limited information on the reproductive habits of this species.

Communication
While little has been recorded regarding Tomistoma communication, those working closely with them theorize that there is some form of communication happening using the senses of sight, smell, and touch. Even mating behavior has been seen to be silent.

Diet
Tomistoma eat a diet consisting of a variety of fish, insects, crustaceans, birds, and small mammals. They are opportunistic carnivores and will eat whatever meat source they can get. They might even grab an unsuspecting monkey that ventures to the shoreline and quickly submerge it in the river.

Habitat
Historically, Tomistoma inhabited Southeast Asia: the Malay Peninsula, and the islands of Borneo and Sumatra. However, today in Thailand and Vietnam, the species appears to be extinct, although there have been unconfirmed sightings reported in Vietnam. The densest populations are seen in Kalimantan, the Indonesian portion of the island of Borneo. In other parts of the region, in Malaysia, Vietnam, and Indonesia, widespread but low-density populations have been observed inhabiting freshwater swamps, lakes, and rivers, where water is slow-moving with heavily vegetated habitats. They pass much of the time almost completely submerged in shallow mud-holes, with only their eyes and nostrils showing.

Celebrations
The Virginia Aquarium is actively involved in the work of conserving this amazing animal by participating in AZA’s Species Survival Plan Program. Learn more about this work on our Conservation in Action page, and be sure to stop by the Restless Planet Exhibit to visit Ralf and Sommer. We hope that these two will produce some offspring one day.

Concerns
The Tomistoma is threatened with extinction due to the drainage of freshwater swamplands and clearance of surrounding rainforests. The palm oil industry is a large factor, though strides have been taken to increase sustainable practices. Tomistoma are frequently hunted for their skin and meat, and the eggs are often taken for human consumption.

Ralf & Sommer came to the Virginia Aquarium in the fall of 2015 all the way from Malaysia. They are named after Ralf Sommerlad, a German ‘crocodilian specialist’ who devoted his life to protecting and studying crocodiles. 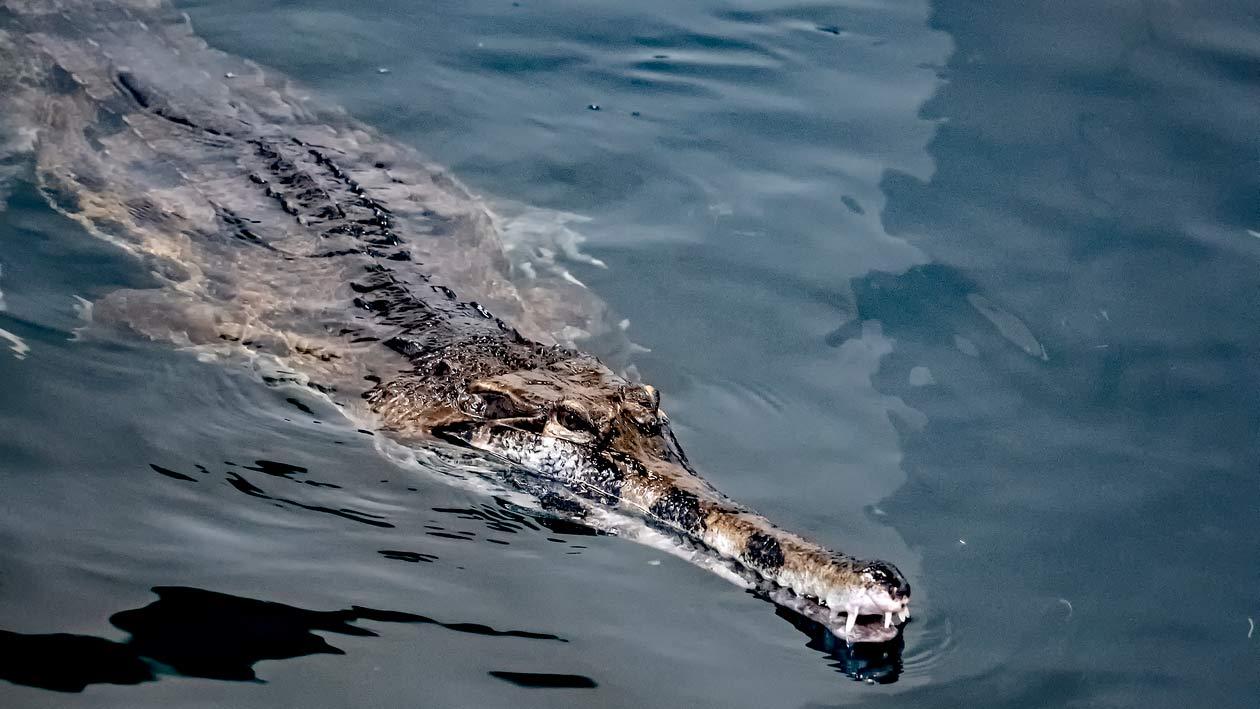 For his first several years at the Aquarium, Ralf was shy, nervous, and leery of his keepers, but has become much more confident and outgoing as he has grown into adulthood. 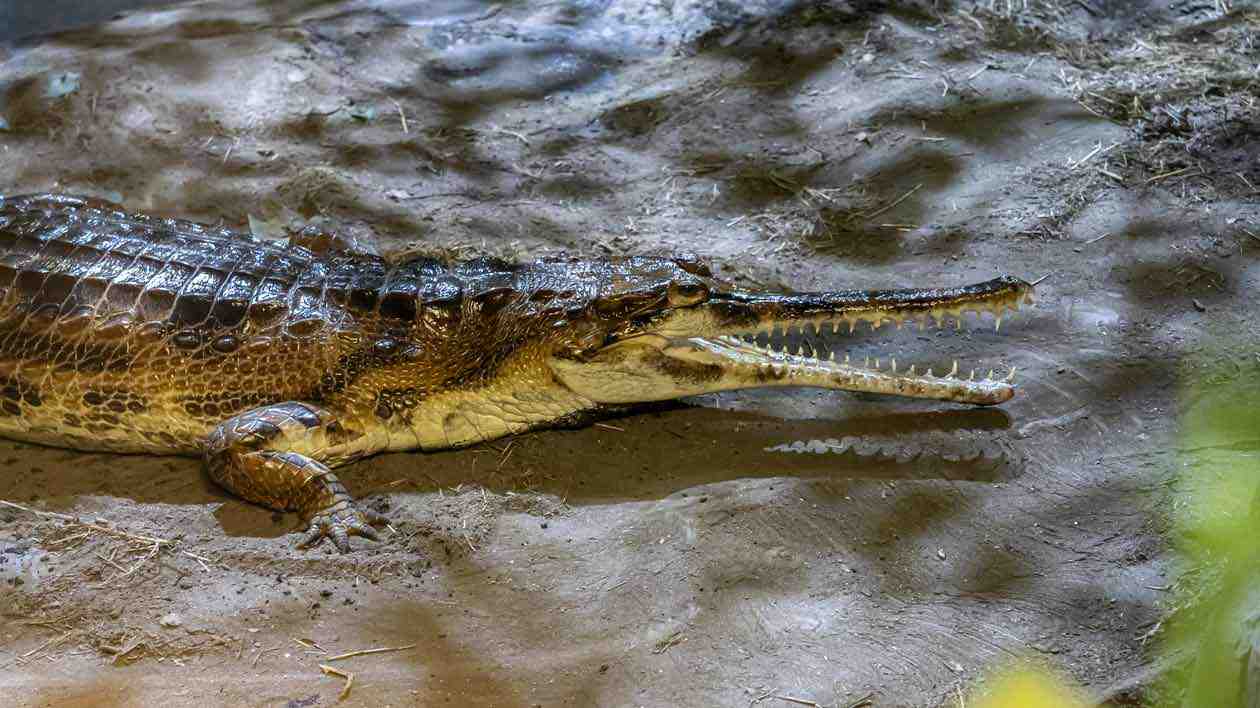 Sommer, a female, is very bold, very confident, and very food motivated. While this potentially makes her more dangerous to work around, it’s also made her much easier to train which in turn, creates opportunities to work with her safely.

Read more about the incredible care our husbandry team provides for our Tomistoma on our blog.

A taxon is Vulnerable (VU) when the best available evidence indicates that it meets any of the criteria A to E for Vulnerable, and it is therefore considered to be facing a high risk of extinction in the wild.