There are those who love all snakes and those who would rather snakes stay far away.

​When it comes to snakes, people tend to fall into one of two groups: those who love all snakes, or those who would rather snakes stay far away.

Herpetologists would argue that snakes are just misunderstood, and they aren’t completely wrong. People who do not like snakes might be afraid of them because they have heard tales of horrible snake bites to innocent hikers. Perhaps, they are not aware of the fact that without snakes, we would be at greater risk of illness as well as enormous agricultural and economic losses. Whatever the reason, we want to clear-up a few misunderstandings and maybe change a few minds in the process.

First of all, the term venomous, in biological terms, is not actually the same as poisonous. Poisonous usually refers to something that spreads toxins when it is ingested or touched, like a mushroom or plant. Unless you plan on eating a snake, then you are likely pretty safe from being “poisoned” by one. However, there are snakes in Virginia that are “venomous.” Venomous animals spread toxins via a sting or a bite.

Of the 32 species of snake native to Virginia, only three are seriously venomous: copperheads, cottonmouths, and timber rattlesnakes. While they should be avoided, these pit vipers are extremely important to the ecological health of Virginia and are vital to keeping rodent populations, which can spread deadly diseases to humans, in check. With proper knowledge and care, we can live peacefully with these venomous but extremely beneficial snakes.

But, how do you know which snake is which?

Several features distinguish Virginia’s pit vipers from harmless snake species. A broad, arrow-shaped head is the easiest trait seen from a safe distance. More accurate identifying characteristics require an observer to be much closer. These include elliptical, cat’s-eye pupils and a heat pit between the nostril and eye.

So, if you fall into the second group: people who would rather snakes stay far away, here are some tips to help:

If this short piece has piqued your interest, you can learn more about these three beautiful species below or join our next virtual Science Talk when we welcome our Senior Herpetologist Colin Walker. He will share more on how to identify the venomous snakes found in Virginia, explain how snake venoms actually work, and discuss the importance of living harmoniously with our most vilified native species. To register for access to this special event on June 10 at 2 p.m. go to our event page . 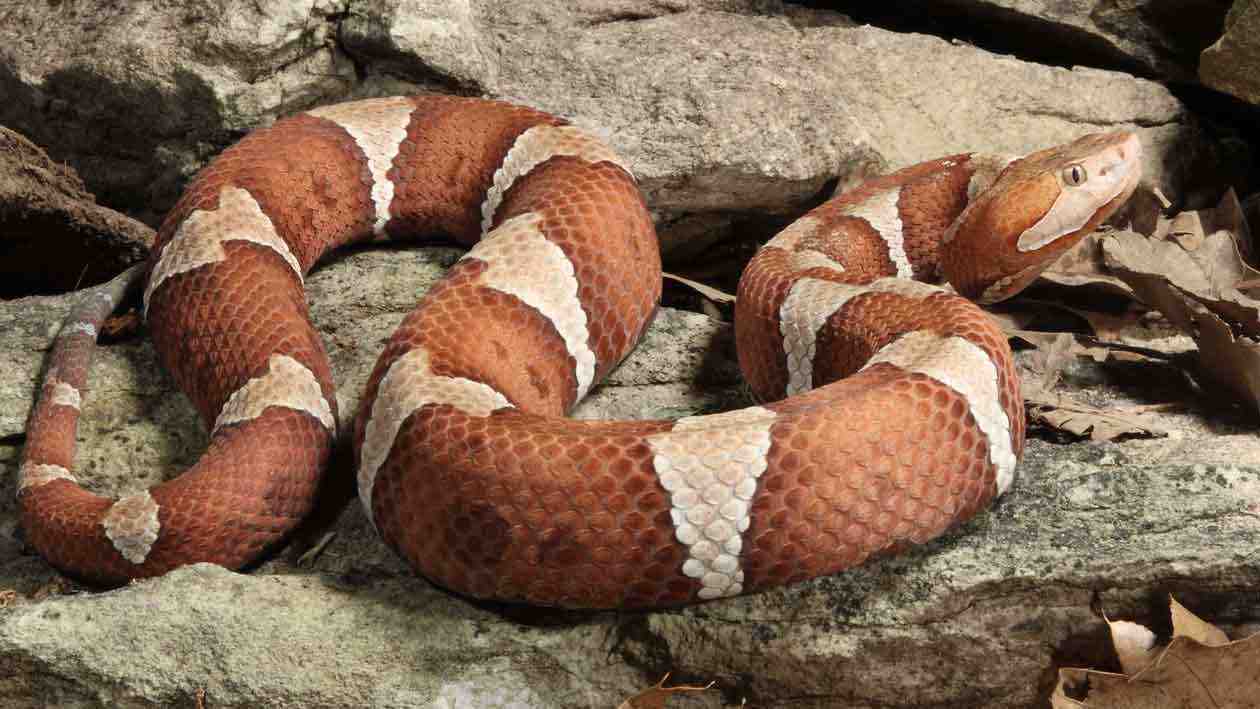 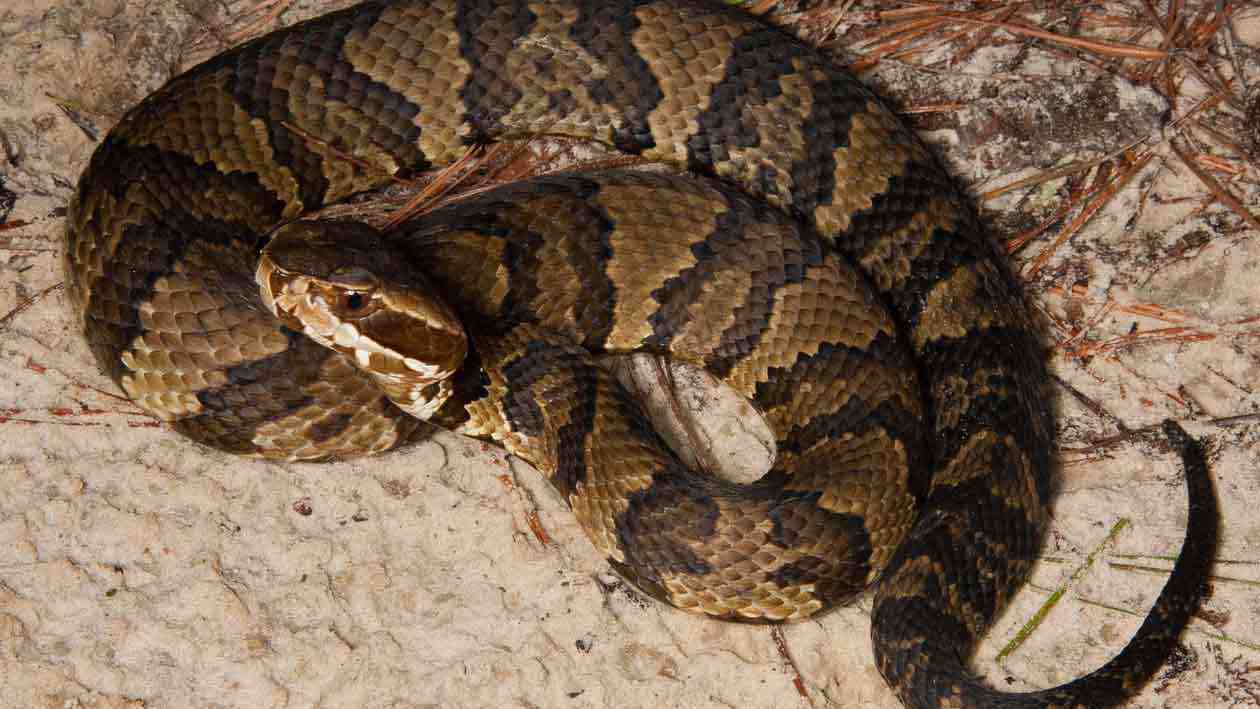 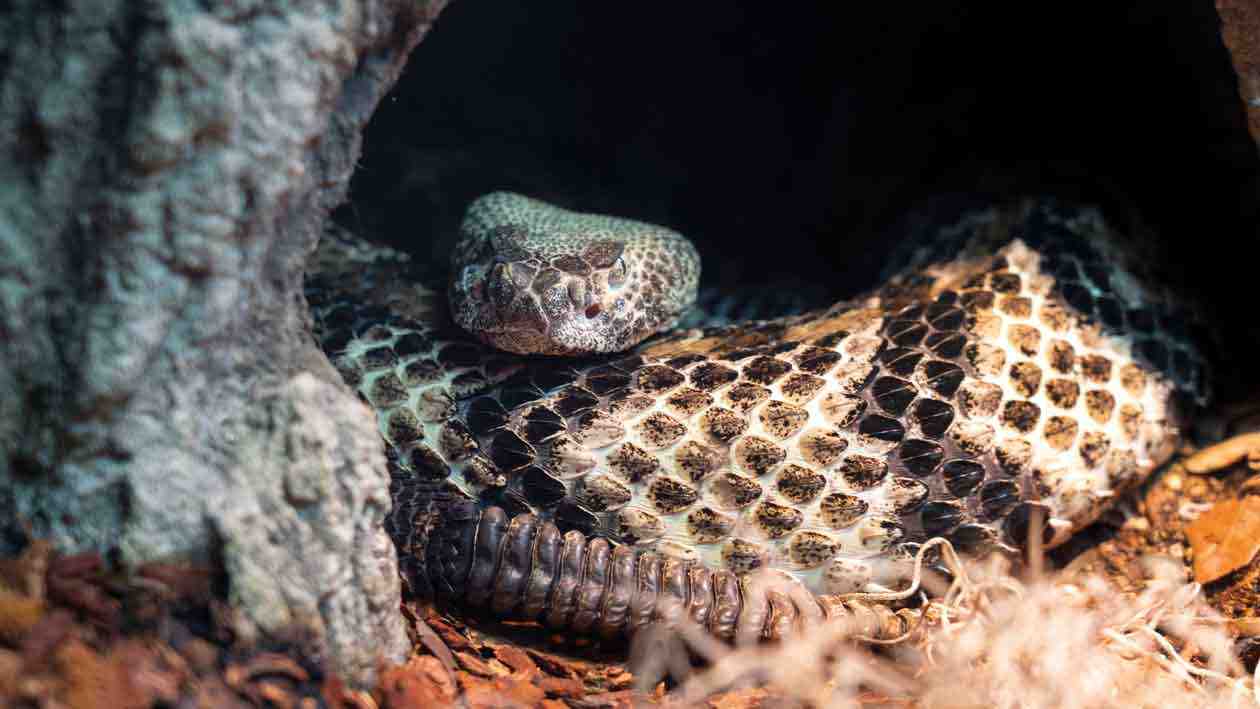 Ticks are an unfortunate reality but may not be all …