How do we track the hundreds of rehabilitated sea turtles released by our Stranding Team?

The Virginia Aquarium’s Stranding Response Program has released approximately 500 rehabilitated sea turtles since 2000. Unfortunately, unlike our friends and family, these turtles are unable to send us an annual update during the holidays to help us know what they’ve been up to since release. However, this information is very important to us, so our Stranding team, as well as other sea turtle rehabilitation and research organizations worldwide, use a variety of devices to keep track of released turtles. Some devices are “active” tags such as satellite transmitters that send out a signal and allow humans to track the location of the turtle over time. These are very expensive, require special permits, and can only be used occasionally. Other, less expensive, tags are “passive” and require a user to read or scan for the identifying information.

The two types of passive tags most commonly used by our Stranding Team are Inconel™ tags and PIT tags. The Inconel™ tag is a trademarked-metal tag that is attached to a turtle’s flipper, similar to an ear-piercing. Passive Integrated Transponders, or PIT tags, are microchips that are inserted into a turtle’s muscle. All turtles to be released in Virginia are tagged or equipped with Inconel™ and PIT tags, unless there are special circumstances, such as small body size or missing flippers. Unlike other tracking devices that allow researchers to follow a turtle’s movements via satellite communication, these tags can only be detected if a human comes into contact with the turtle in the future. For example, if a tagged turtle is stranded, a researcher can retrieve the number from the turtle’s tag or transponder to learn more about that turtle. The researcher can submit the tag number to the Archie Carr Center for Sea Turtle Research based in Florida. This center curates a massive online tagging database allowing researchers to learn which, of the almost 200 organizations across the world, applied the tag, and can then access information that was previously collected 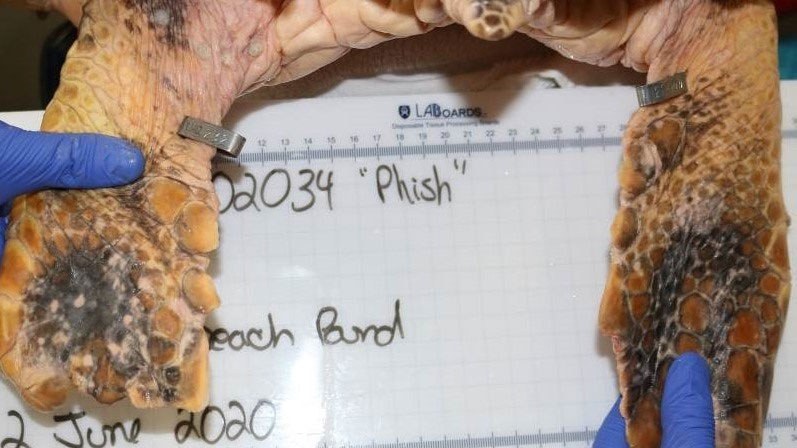 Since the beginning of 2008, in Virginia, a total of 46 stranded sea turtles have been found with flipper or PIT tags. Five of these turtles were stranded between August and November just this past year (2020). Unfortunately, at the time of discovery, all five turtles were deceased. However, the Stranding team was able to learn plenty of valuable information from each case. One of these turtles found in 2020 had been a rehabilitation patient in 2016 with our Stranding Response Program. Affectionately named Ginger, this Kemp’s ridley sea turtle was admitted through our Pier Partner Program after being hooked by a recreational angler at a local fishing pier. After a few weeks of rehab treatment and careful observation, Ginger was released. Sadly, in October 2020, Ginger died and was discovered stranded in Virginia Beach with injuries suggesting a vessel strike. 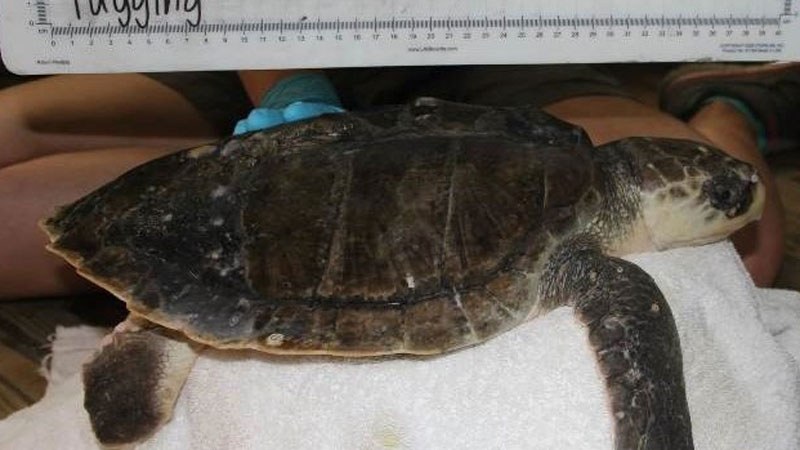 VAQS rehabilitation case "Ginger" during pre-release tagging in 2016. This animal stranded dead in 2020 having doubled in size since release.

In addition to Ginger, this past fall we responded to two deceased adult female loggerhead sea turtles. Through their tag numbers, we learned that both had documented nesting histories: one in Virginia and one in South Carolina and Georgia. Another turtle found stranded was a previous rehabilitation case from North Carolina, and a loggerhead sea turtle that was found dead from apparent vessel strike injuries had been relocated, just 12 days earlier from a nearby dredging project. While it is unfortunate that none of these cases had the happy ending we hope for, each case provided valuable information about post-release growth rates, habitat and nesting site fidelity, mortality rates for nesting females, and so much more! The tagging procedures and the data that are shared across the globe are invaluable to the continued sea turtle research and conservation. 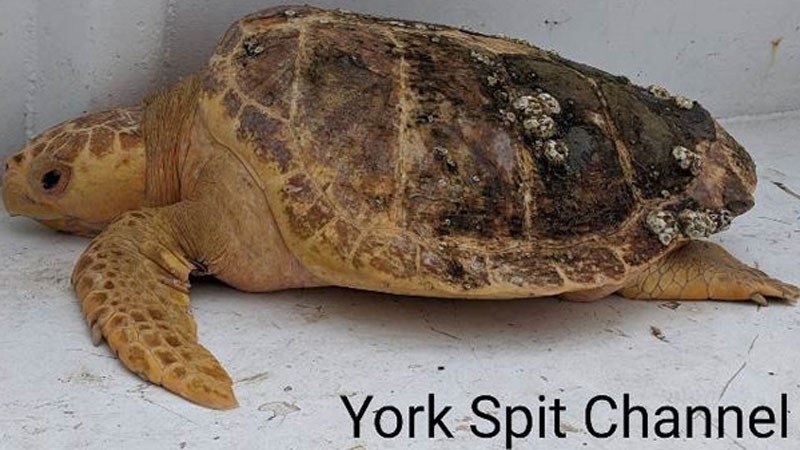 We would like to thank the Archie Carr Center for Sea Turtle Research, the North Carolina Sea Turtle Stranding Network (specifically the NC Aquarium at Manteo and the North Carolina Wildlife Resources Commission), Coastwise Consulting, and Caretta Research Project for collaborating on these cases with us!