Shark Week At The Aquarium!

The media tends to spark negative perceptions of sharks that aren't always fair.

News reports of shark sightings at popular beaches tend to spark at least some element of fear in many of us and Hollywood can certainly be credited with adding to our negative perceptions of sharks. Shark Week, however, has been a time to counter these perceptions and bring attention to the urgent need to increase shark conservation efforts. The Virginia Aquarium is again joining in Shark Week as we celebrate one of the longest surviving and diverse animal groups on the planet and certainly worthy of a greater understanding.

The Virginia Aquarium is home to several shark species and it is our desire to not only educate our guests about the importance of sharks to the ecological balance of the oceans but also to inspire them so they leave the Aquarium determined to do something to help. With more than 500 different shark species swimming in the oceans and displaying a wide variety of sizes, shapes, and behaviors, we hope people will better understand these amazing animals.

Here is just a little bit of information on each of the beautiful shark species we have at the Aquarium. We hope that you will come and visit us. Spend some time just watching these incredible and graceful swimmers. Grab a volunteer educator in red or one of our staff in blue and ask questions. Keep connected with our social media channels this next week as we join in on the #sharkweek festivities and be sure to tag us in what you are learning too. Happy Shark Week everyone!

Zebra sharks, appropriately named because of the stripes they exhibit as juveniles, are also known as leopard sharks in other parts of the world because of the spotted pattern they develop as they mature. These docile and slow-moving sharks are not considered dangerous to humans, spending most of the day lying motionless on the ocean floor and feeding at night. Ironically, however, human activity has threatened this species. The meat is quite popular, and they are often hunted for their fins used in soup and their liver oil used in vitamins. In 2015 zebra sharks were listed as ‘endangered’ by the IUCN.

Sand tiger sharks (not to be confused with tiger sharks), possess an intimidating appearance with their signature ferocious-looking teeth visible even with their mouths closed. Yet, this menacing appearance is deceptive because they are actually quite placid and slow-moving. Interestingly, this is the only shark species known to gulp air from the surface to help aid their buoyancy. They can release the air as needed through one or both ends. Our sand tiger sharks are big, with each one around 220 pounds and over 8 feet in length!

One of the most common sharks found in the Chesapeake Bay and along the mid-Atlantic coast are sandbar sharks, easily identified by their tall, triangular dorsal fins. These sharks are commonly found in muddy or sandy bottoms in shallow coastal waters like estuaries or bays but can also be found in deeper waters or in intertidal zones. Like many other shark species, sand bar sharks are listed as “vulnerable” because of careless overfishing. 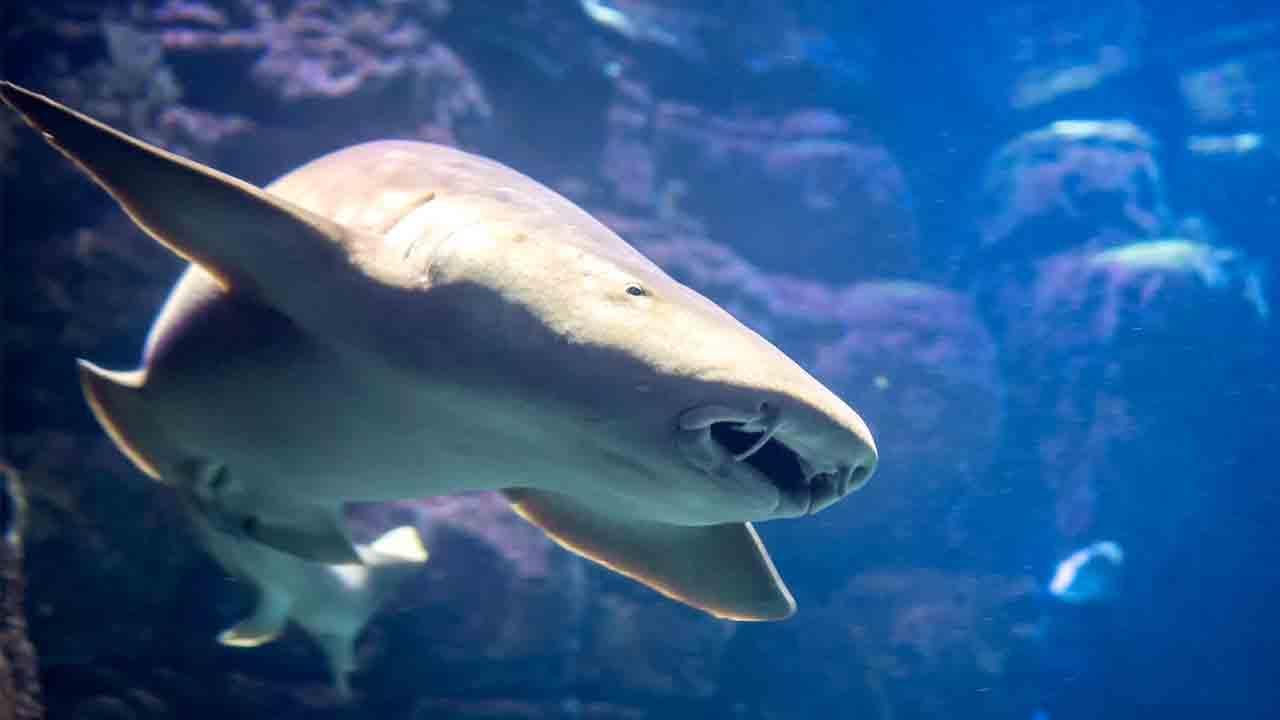 Nurse sharks have a wide but sporadic range in tropical and subtropical coastal waters of the Atlantic and eastern Pacific Oceans. The origin of their name is not really known but some theorize that it may have come from the sucking sound they make when hunting in the sand, which some say resembles the sound of a nursing baby. Others suggest that the name may have derived from an old English word, hurse, meaning sea-floor shark. Our resident nurse shark Homer is our heaviest animal at the Aquarium, weighing in at over 230 pounds! 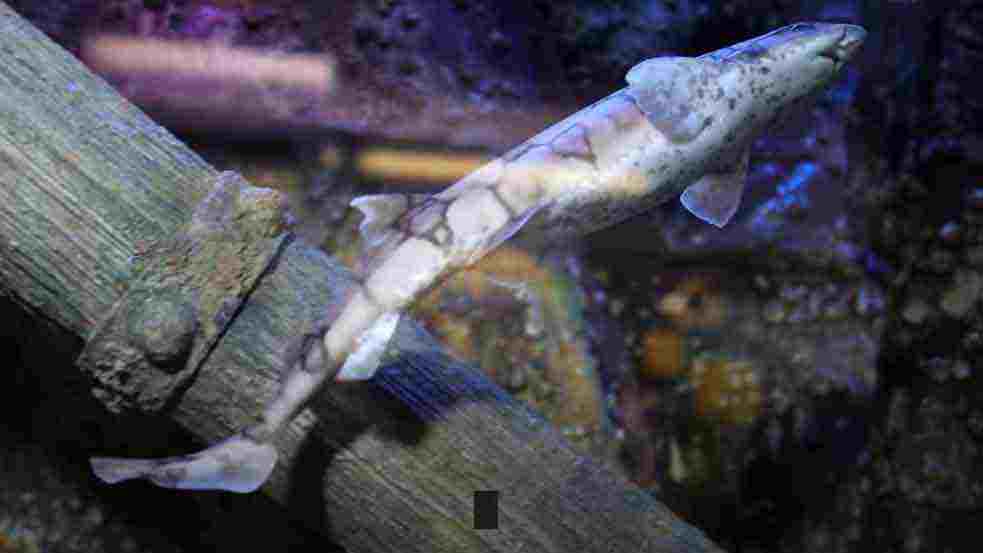 The smallest shark species currently residing at the Aquarium is the catshark, a.k.a. chain dogfish. These little sharks only reach lengths of 2 feet when full-grown but are incredibly unique in their ability to fluoresce under certain light. These bioluminescent properties help with camouflage from predators, something many of their larger relatives don’t have to worry about. They are common in the northwest Atlantic, the Gulf of Mexico, and the Caribbean. They are considered harmless and are rarely encountered by humans even though they are especially abundant in the Chesapeake Bay and off Virginia’s coasts. If you want to learn more about these small sharks check out our video on our YouTube channel!

We, along with our sharks, hope to see you soon when you visit us here at the Virginia Aquarium!