Say hello to two very new, very tiny and very toothy faces! Our team is thrilled to announce that Ralf and Sommer, our Tomistoma crocodiles, have become parents to a pair of hatchlings.

Sommer laid 19 eggs in May, and these two babies emerged from their eggs in early September. Currently measuring 12 inches long, these little ones are the first Tomistoma to be hatched at our Aquarium as part of the Association of Zoos and Aquariums’ Species Survival Plan (SSP) for this freshwater crocodilian species. Tomistoma are one of the least-studied of all crocodilian species and are threatened due to issues such as habitat loss from land development, agriculture, and timber harvesting, so the arrival of these two hatchlings will be influential in future conservation efforts. Both of the babies are doing well and our animal care staff are ecstatic that they’re here! 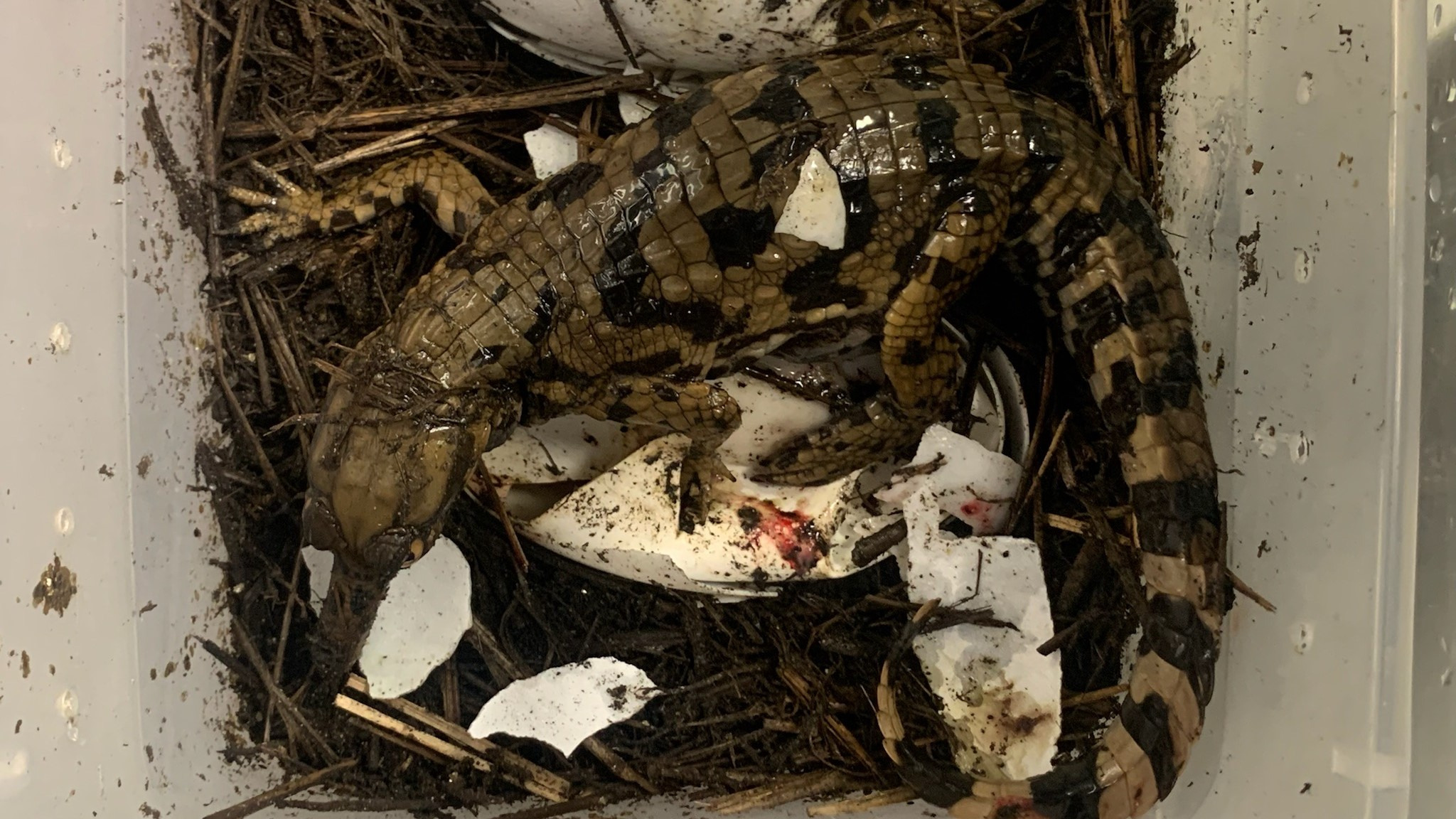 While this marks an important milestone for our facility and for conservation of the species, the journey to this moment was not a brief one. Ralf and Sommer were born on Jong’s Crocodile Farm & Zoo in Malaysia, which breeds Tomistoma to support species conservation, and were brought to the Virginia Aquarium in 2015 as the first Tomistoma to enter the United States from a home range country legally since 1973. These two also hold the distinguished position of being one of only five breeding pairs in the United States today and have now introduced the first viable new genetics to the population in almost 50 years with these hatchlings.

Although they are too young for us to know for sure yet, we’re fairly confident that the hatchlings are both females. The sex of baby Tomistoma, like with many other reptiles, is determined by the temperature the eggs are incubated in. Our staff split the eggs between two incubators — one set to warmer temperatures more likely to produce males and the other set to cooler temperatures to produce females. Both hatchlings came from the female-temperature batch. The remaining eggs have not shown to be viable and are not expected to result in any more babies. 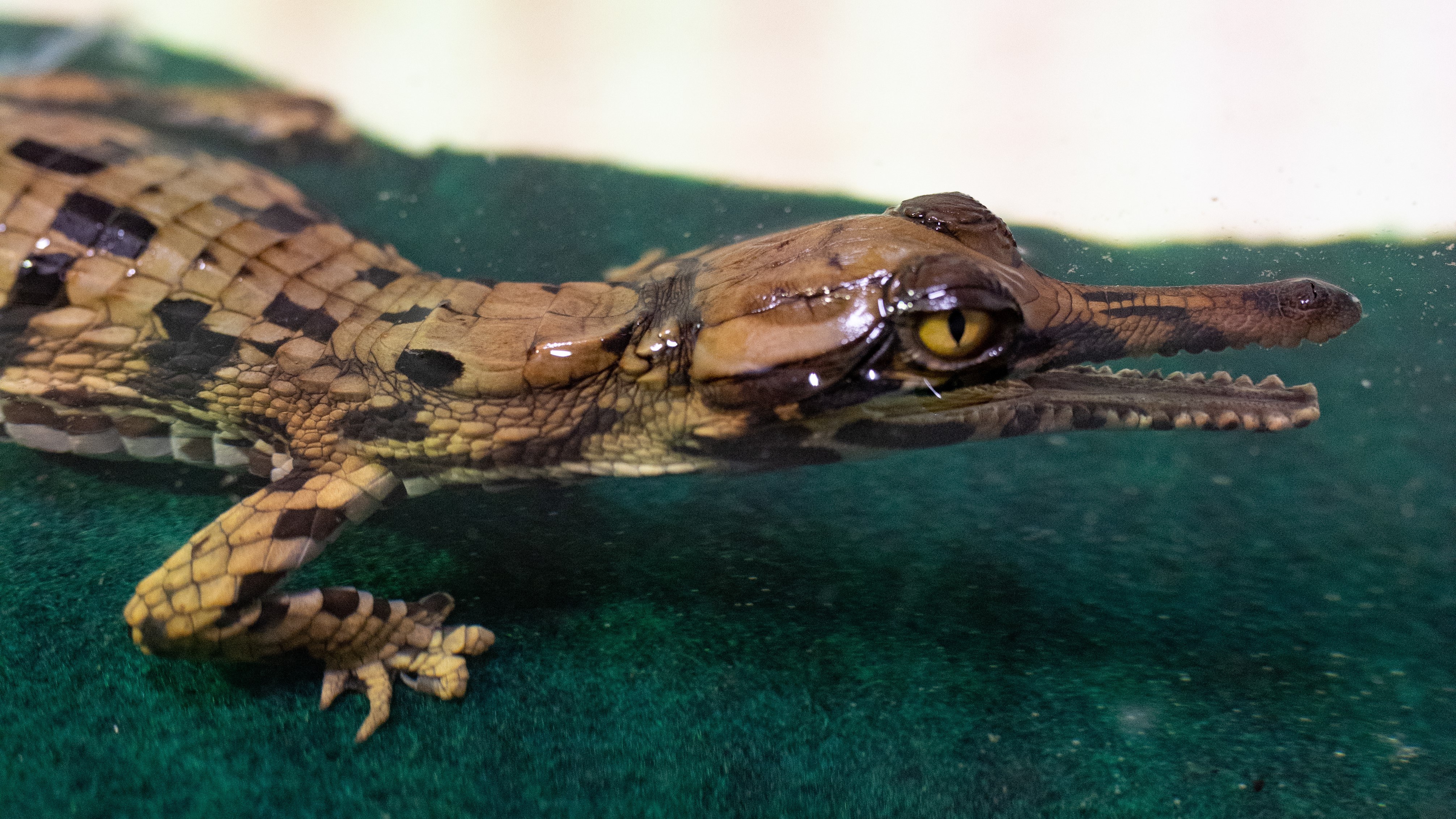 Tomistoma are fairly solitary, shy animals, and so the hatchlings keep to themselves, though they have been getting along well as roommates in their habitat behind the scenes. And while Sommer spent time guarding the nest this summer, Tomistoma do not involve themselves much in raising their offspring once hatched, so removing her hatchlings has not affected her negatively.

These hatchlings are expected to double in size within their first year of life, after which they will be moved to a fellow AZA partner facility. We’re on the hunt for the perfect new home for them, but for now, we’re over the moon to continue caring for them!