A resident ambassador for a vulnerable species.

His name is not terribly exciting. We simply call him “25.” However, "not terribly exciting” is by no means how we would describe our beautiful, resident loggerhead turtle (Caretta caretta). Though 25 faced a challenging start to life, today, he is happy and curious, bringing smiles to many who visit the Virginia Aquarium.

On a beach in Emerald Isle, employees with the North Carolina Aquarium at Pine Knoll Shores first discovered the newly hatched turtle during efforts to aid hatchlings that were struggling to navigate from their nest to the safety of the ocean. It is estimated that only one in every thousand sea turtles survives to adulthood and many die before they even reach the water. Conservation groups around the globe, including the Virginia Aquarium, work in partnership to save highly vulnerable sea turtle species through programs like this head-start program in North Carolina, which saved 25. 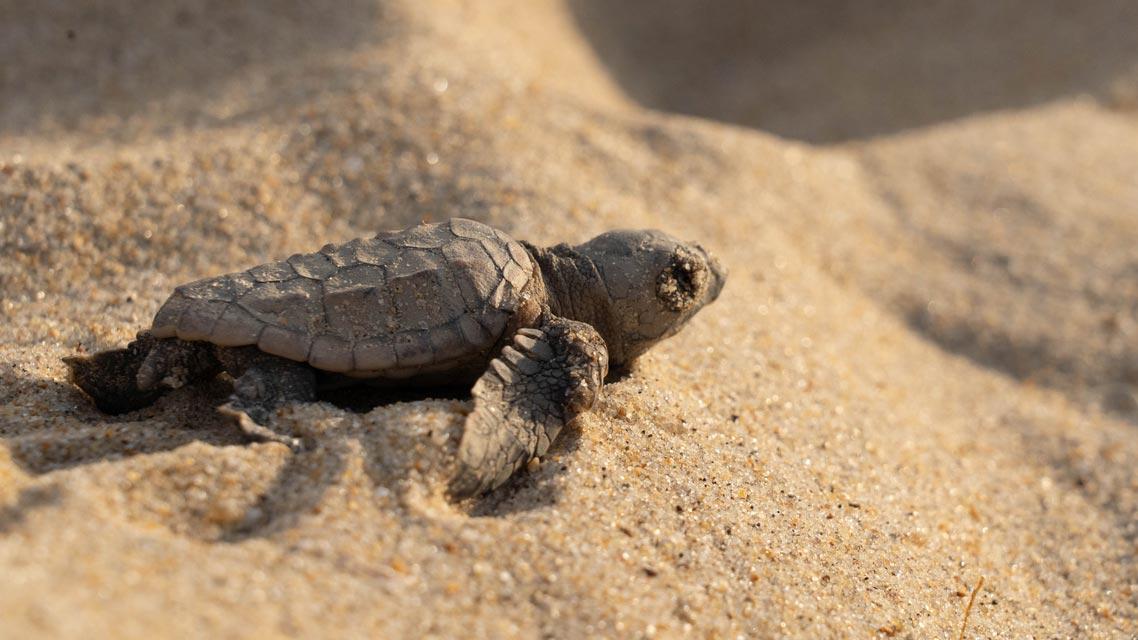 (The loggerhead hatchling in the photo above is for example only. It is not 25)

The program is designed to help at-risk sea turtle hatchlings, affectionately referred to as “stragglers.” These young ones are given plenty of healthy nourishment and exceptional professional care, with the hope of releasing them at around a year of age. Because the duration of in-human-care is intended to be temporary, the hatchlings are often simply referred to by a number and this is how our loggerhead was named. The North Carolina Aquarium at Pine Knoll Shores provided turtle #25 with superb care, but unfortunately, as he neared his first birthday, veterinarians made the difficult determination that he likely would not thrive on his own. He was deemed “un-releasable,” and in 1994 we welcomed 25 to our soon-to-be-opened, Light Tower Aquarium, where he has brought almost thirty years of smiles. 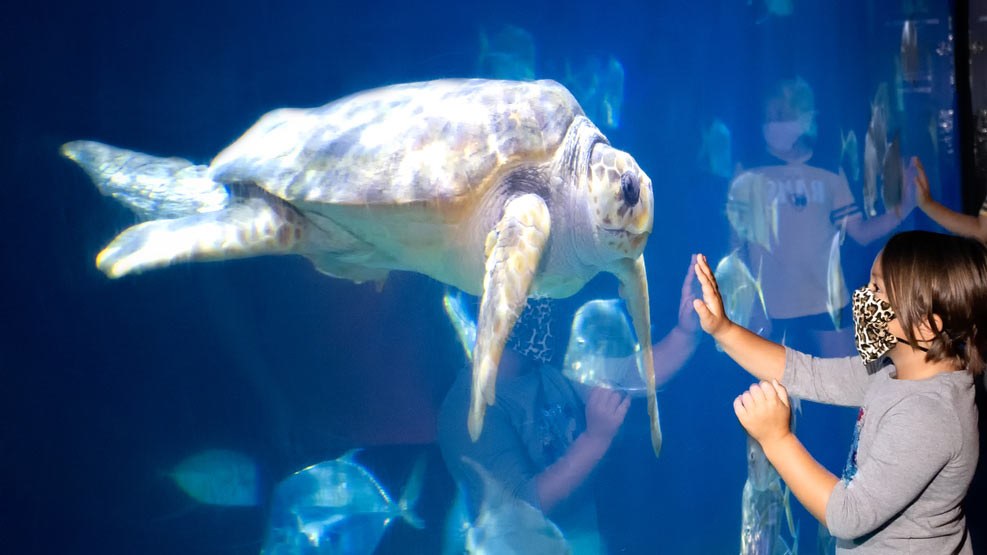 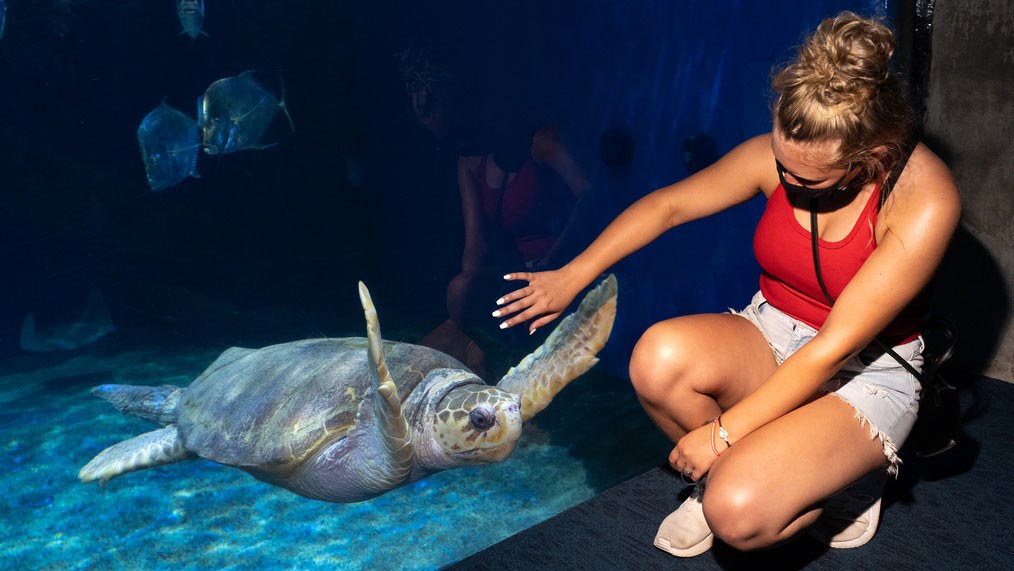 Over the years, 25 has been a visible, engaging, and charming member of the Virginia Aquarium family. He participates in regular training sessions and can be seen thoroughly investigating his surroundings. You might even see him curiously observing divers at work in his exhibit, swimming in to take a closer look, or settling down to watch nearby. He is arguably the most interactive sea turtle we have, and it’s rare that he isn’t present to greet all the visitors passing through, following them around the main window. 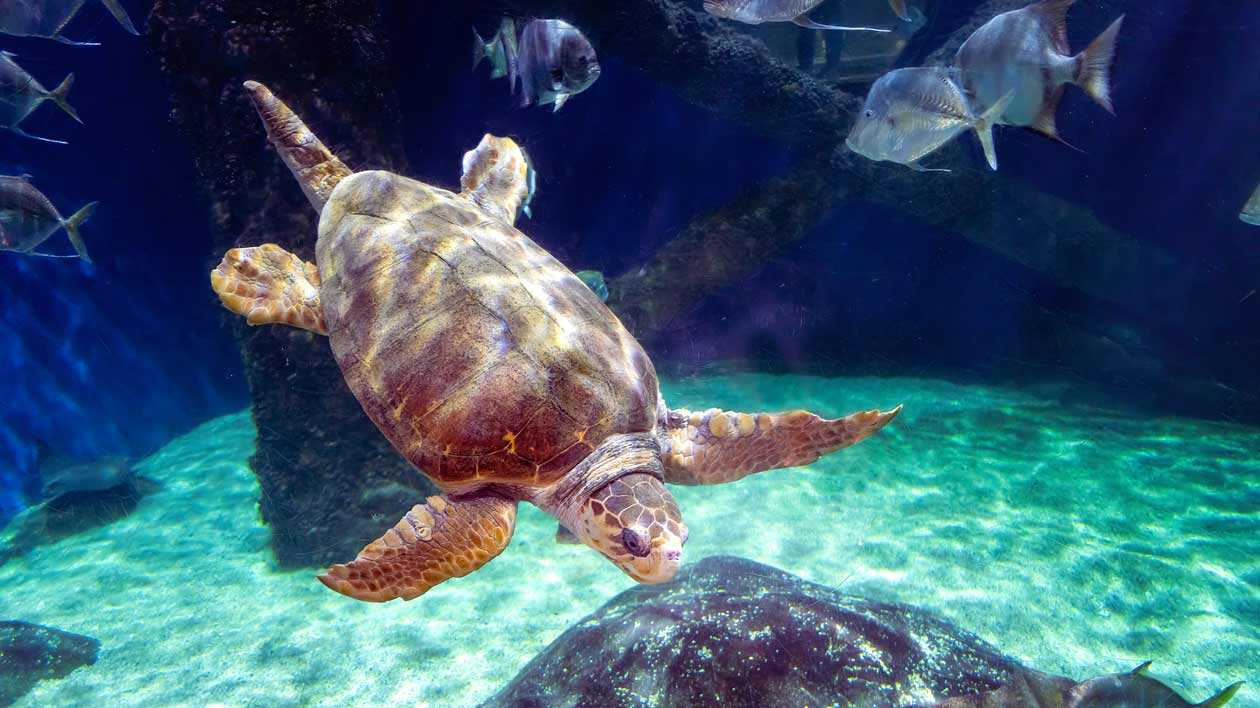 Among the Aquarium's sea turtle residents, 25 is our only male. He has a very long tail compared to females, and, like other males, has a softer, concave underside (called a plastron). You might also notice his very large nails on his back flippers. Unlike most male loggerheads, 25 has a calm demeanor and gentle nature, which makes him a perfect member of our "family." His caregivers report that he even loves getting back scratches!

While we know that we helped 25 back in 1994 when we welcomed him, in all honesty, it is 25 who has given the most. Not only has he gifted years of smiles and entertainment, but also invaluable knowledge about loggerhead sea turtles. We hope to use this gift from 25 to improve our conservation efforts and move closer to our goal of preserving these amazing animals.

The next time you visit the Virginia Aquarium be on the lookout for 25 in the Lighthouse Tower exhibit. You might even catch him in a selfie!

Sea turtles-one of the most amazing, and most endang…

Learn more about Mena and amazing her team!