​The 15 trillion gallon Chesapeake Bay is "home" to 348 species of finfish.

The Chesapeake Bay is a dynamic element of this region’s natural history and a treasure chest overflowing with wonders. In fact, 348 species of finfish call the 15 trillion gallons of water found in the Chesapeake Bay “home.” Although most of us will likely never dive into the Bay to see what forms of life swim below the surface, our Chesapeake Bay Aquarium is home to many examples. Learn about just a few of our amazing fish and then plan a time to come visit the Virginia Aquarium & Marine Science Center, where you can experience them right at eye level without ever getting wet! 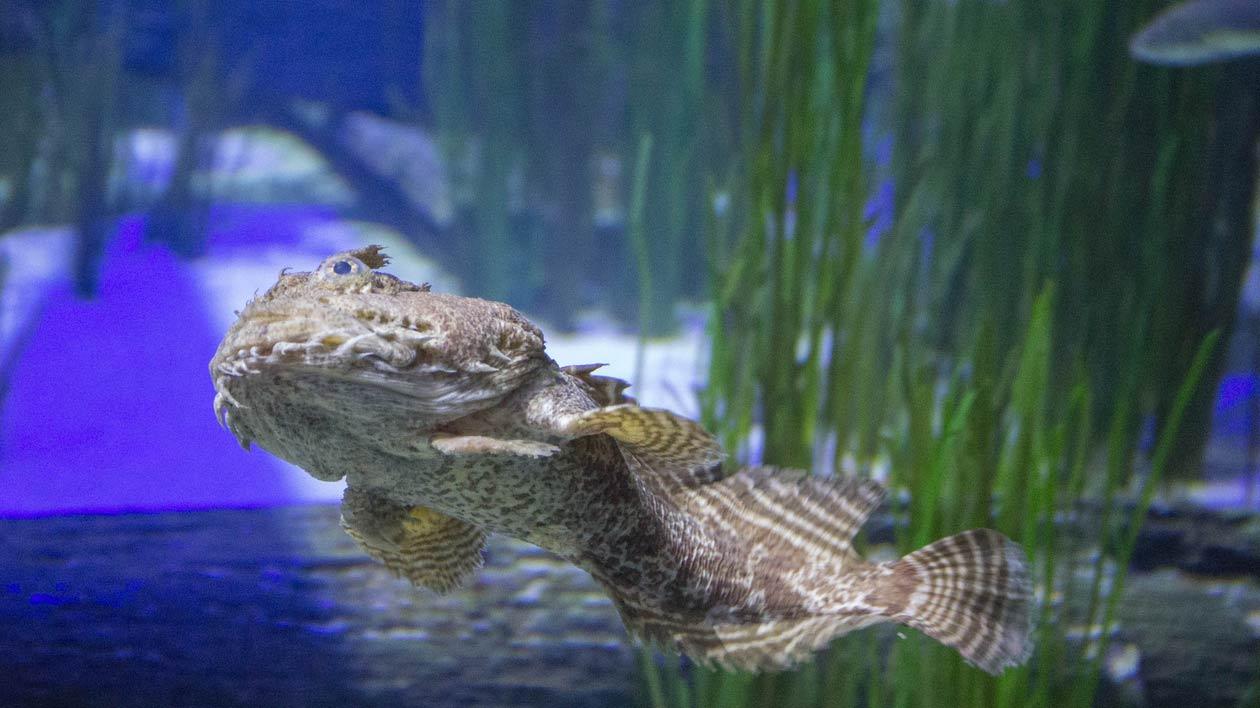 1. Oyster toadfish (Opsanus tau)
Certainly, one of the most unique-looking species is the Oyster toadfish (Opsanus tau). With nicknames like ugly toad, oyster cracker, and bar dog, this crazy looking Northwest Atlantic species will lie motionless, waiting for its prey to swim close by and then attack. Males of this species make a sound during mating season (April to October) similar to a foghorn in hopes of attracting a mate. One interesting bit of trivia is that in 1998 NASA sent an oyster toadfish into space to observe the effects of microgravity on the development of certain inner ear structures but no significant differences were found from what is seen on Earth. 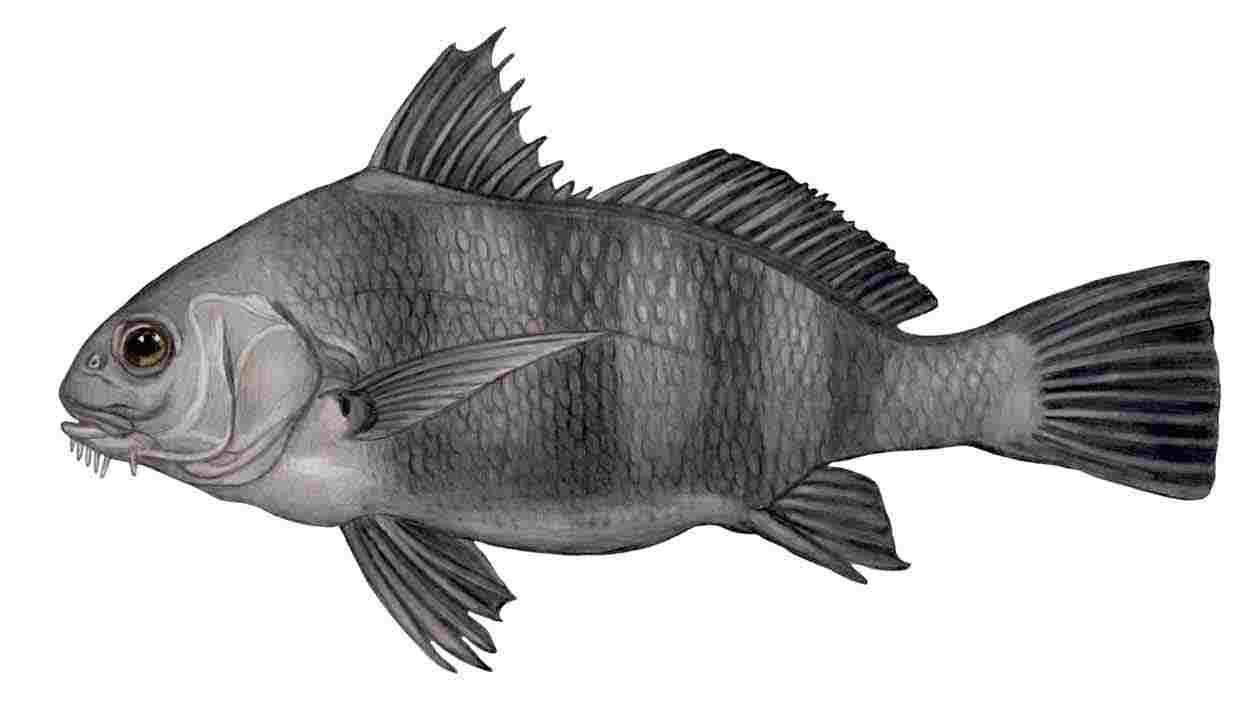 2. Black drum (Poganias cromis)
While there are many species of drum fish, the black drum (Poganias cromis) is considered the largest of all in the drum family and one of the largest species in the Chesapeake Bay when it visits spring through autumn. Some of these silvery-gray, bottom-dwellers have been seen to exceed 90 pounds! The black drum are usually found in or near brackish waters and the older ones are commonly found in the saltier areas of an estuary near oyster beds or other areas with abundant food sources. To spot one, look for the signature goatee, small barbels on its lower chin. In fact, pogonias means “bearded.” Although you will likely not see this, another unique feature is its cobblestone-like teeth plates that some say resemble human teeth. 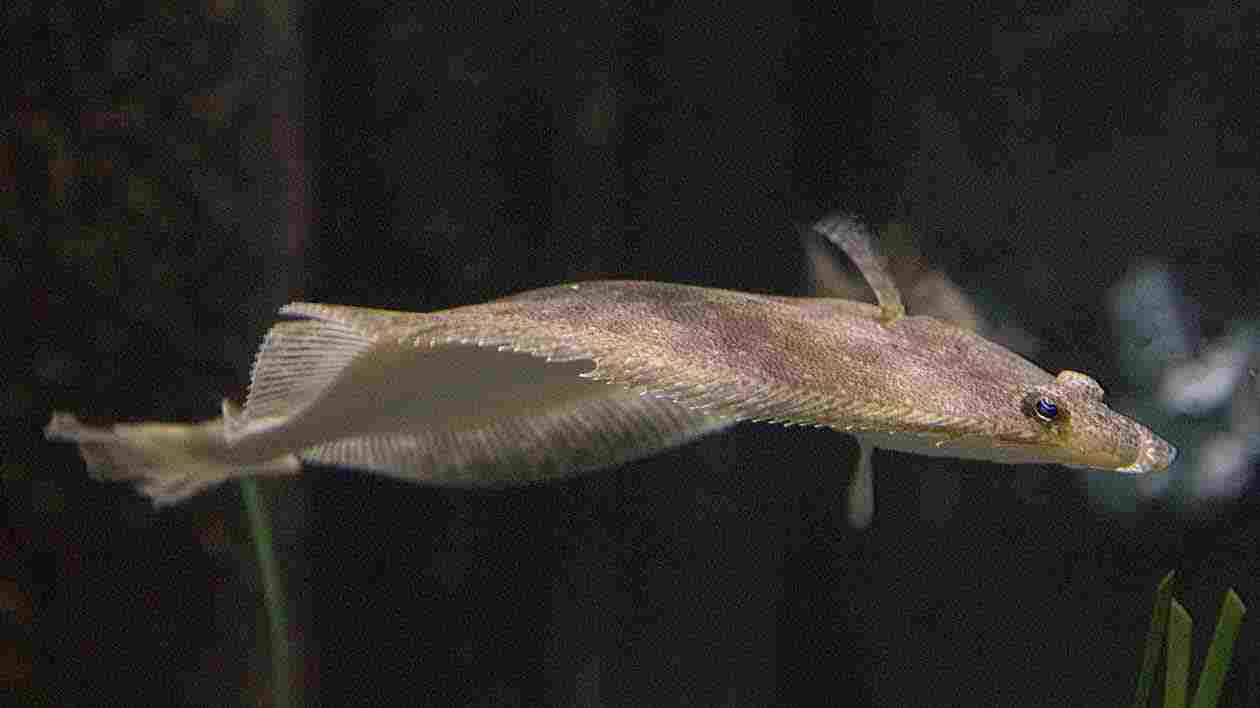 3. Summer flounder (Paralichthys dentatus)
Another crazy looking resident in the Chesapeake Bay Aquarium is the Summer flounder (Paralichthys dentatus), with both of its eyes located on the top of its head! It has a flat, rounded body that gives it the appearance of having been squished, but this feature actually allows them to glide stealthily along the floor of the Bay. The Summer flounder visits the middle and lower Chesapeake Bay from spring through autumn, feeding on shrimp, worms, crustaceans, and other fish. They are whitish on their undersides and have large brown spots on top but can actually change color. They burrow into the sandy floor and use their color-changing ability to blend into the surroundings, making them almost impossible to spot. Surprisingly, they are very rapid swimmers over short distances and can become quite aggressive, even chasing prey to the surface. 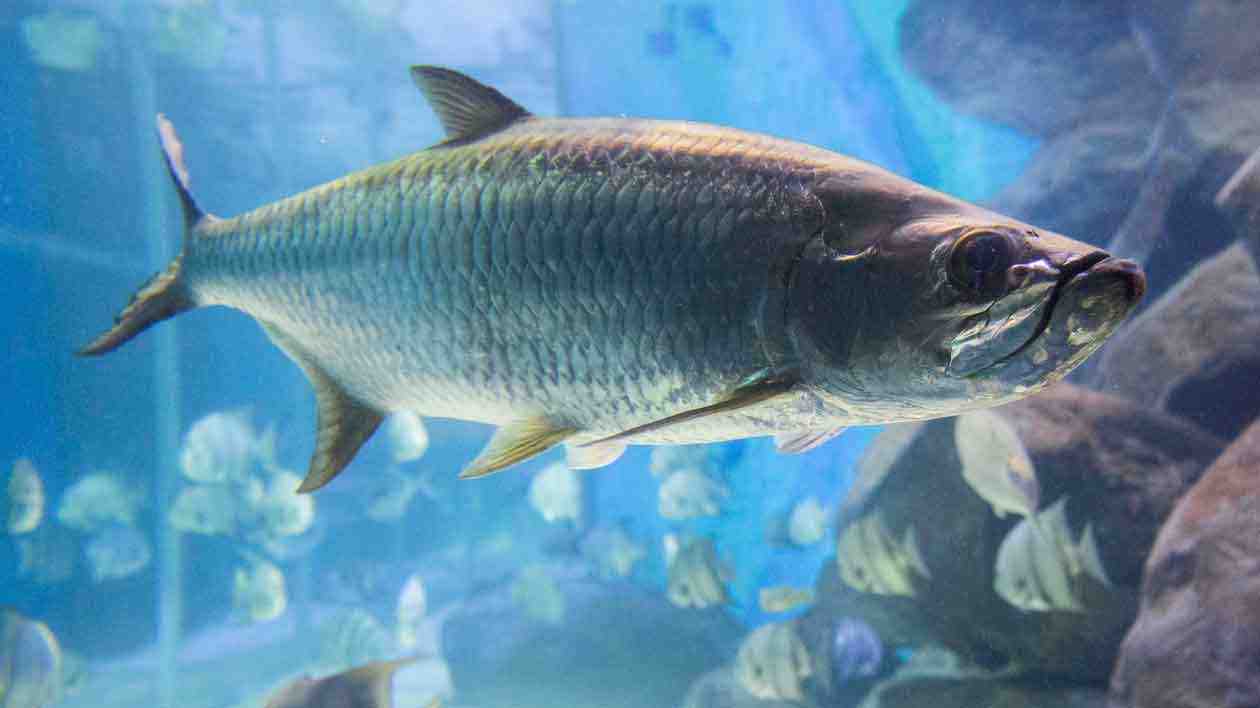 4. Atlantic tarpon (Megalops atlanticus)
The Atlantic tarpon (Megalops atlanticus), also known as the silver king, is most well-known for amazing aqua acrobatics making spectacular leaps into the air. These large silvery fish, with blue-grey or greenish backs, can grow from four to eight feet in length and weigh between 60 and 280 pounds! The tarpon can be identified by its dark and deeply forked tail and an elongated thin last ray of the dorsal fin. The Atlantic tarpon is unique in its ability to gulp air and breathe through its swim bladder. In most fish, this structure serves to aid in buoyancy. However, for the tarpon, it has developed to aid the gills in respiration. 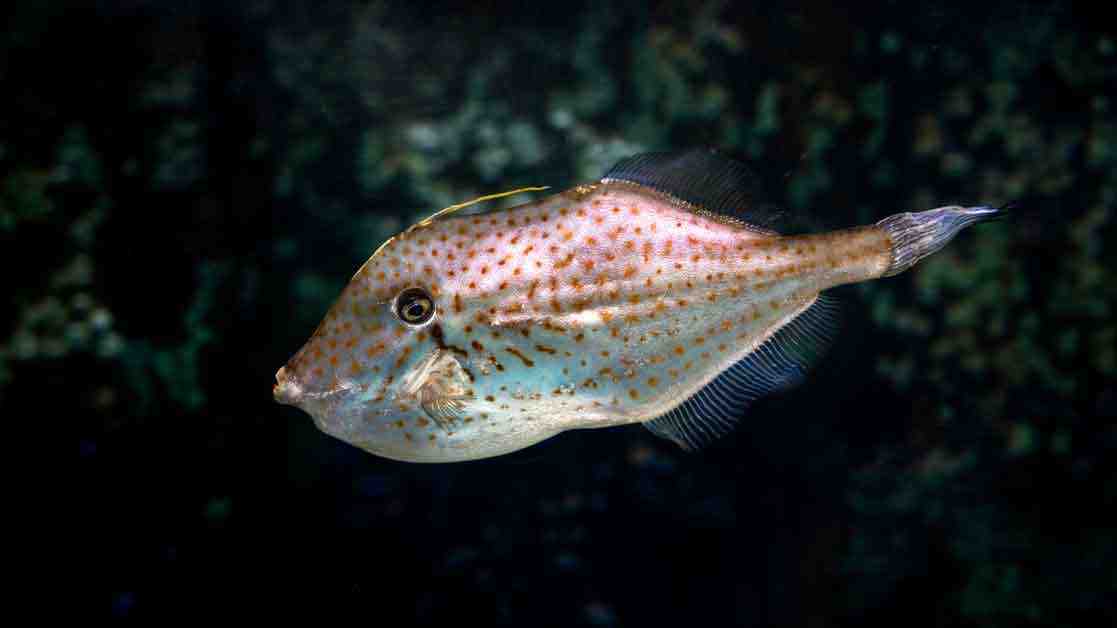 5. Orange filefish (Aluterus schoepfi)
Lastly, the orange filefish (Aluterus schoepfi) is a lagoon or reef fish with an elongated, oval, flat body. Its upturned mouth almost appears to be puckered-up for a smooch. Like most species of filefish, this species is able to change its color to closely match its surroundings and can be even more elusive as it floats in a vertical position blending in with the blades of seagrass and coral whips. When it is threatened, it can extend the large spine on its head and the smaller one under its belly to wedge itself into small tight crevices. These colorful fish are popular with divers because they are attractive, and slow-moving. Their weak fins make the camouflaging behaviors important to survival.

So, make plans to visit us and accept the challenge to try and spot these amazing fish in the Chesapeake Bay Aquarium! If you need some help spotting one or if you have more questions, be sure to look for a staff member wearing the signature navy blue shirt and khaki pants. The Chesapeake Bay is teeming with awesome life and the Aquarium provides everyone with the incredible chance to come face to face with many of them.

You can reserve your visit time HERE!